Aircraft carriers have multiple roles and are often the first targets for bomber raids. This is because, not only are they huge vessels that are armed to the teeth with Anti Submarine Warfare (ASW) stuff, they also give air superiority in the ocean, which is something that can’t be obtained easily. They are literally game changers, a single aircraft carrier can change the scenario with just a single air raid. 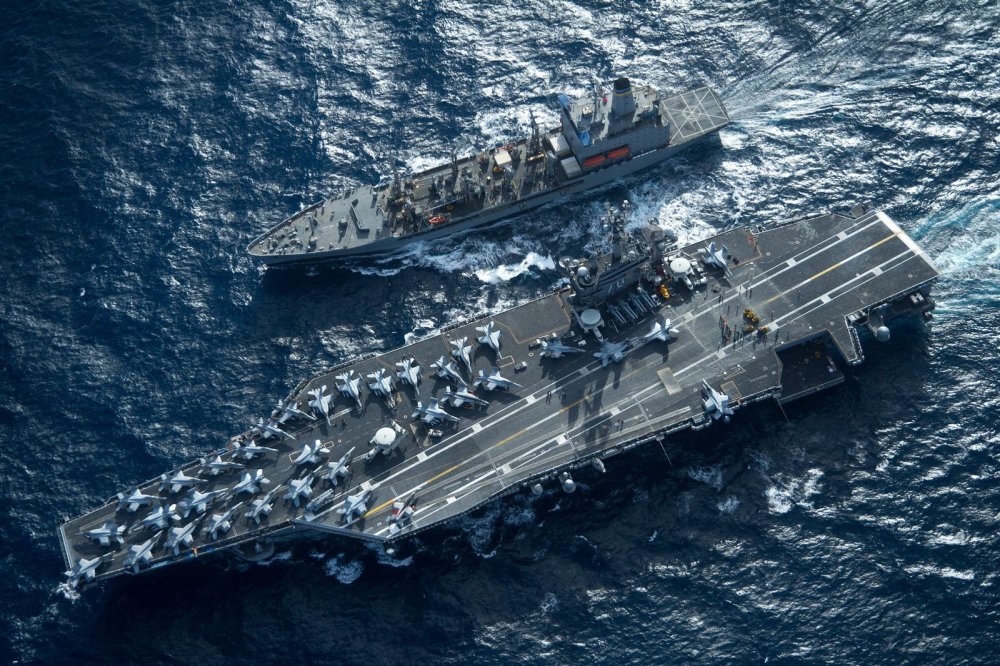 The Ford class which is the nick name the navy has for it is the second most powerful carrier class in the world. Anouther creation of the US Navy, it is a nuclear powered carrier that is yet to enter service. It is supposed to be fully operational by 2020 and features full load displacement of 100,000t and its 78m-wide flight deck features electromagnetic aircraft launch system as well as advanced arresting gear.

The only English ship to feature in the list is her majesty’s Queen Elizabeth class. One of the newest or the newest English carrier class, it entered service only 2 years ago and has a displacement of around 65,000 tonnes and measure 280 metres in length. Featuring latest technology and automated systems aboard, these vessels only require a crew of 679 for a combat operation.

Russia’s most powerful aircraft carrier and the fourth most powerful in the world. The Admiral Kuznetsov is 305 meters long and has a full load displacement of 58,500t and with multi-role capacity, this heavily armed ship has the potential to serve as an aircraft carrier besides being laced with armaments that make it deadly enough.